So late last year (December 1st to be exact), Refinery 29 and luxe liquor brand Hpnotiq hosted this contest to see whose street style would win them a party in their hometown just in time for New Year’s Eve.

I literally scoured my archives for the best group shot of my Skittles sisters in our boldest and brightest party frocks, uploaded that sartorial sucker to R29, begged and pleaded to all my FB family/ friends/ community/ strangers for their votes, waited week after week to see our numbers skyrocket through the roof et Voilà…Here we are, one month later, lucky (and persistent) enough to be awarded the biggest, baddest Chinese New Year’s bash in the City of Sin and basking in the glory of what can be accomplished when a group of party-savvy women put their minds to it. 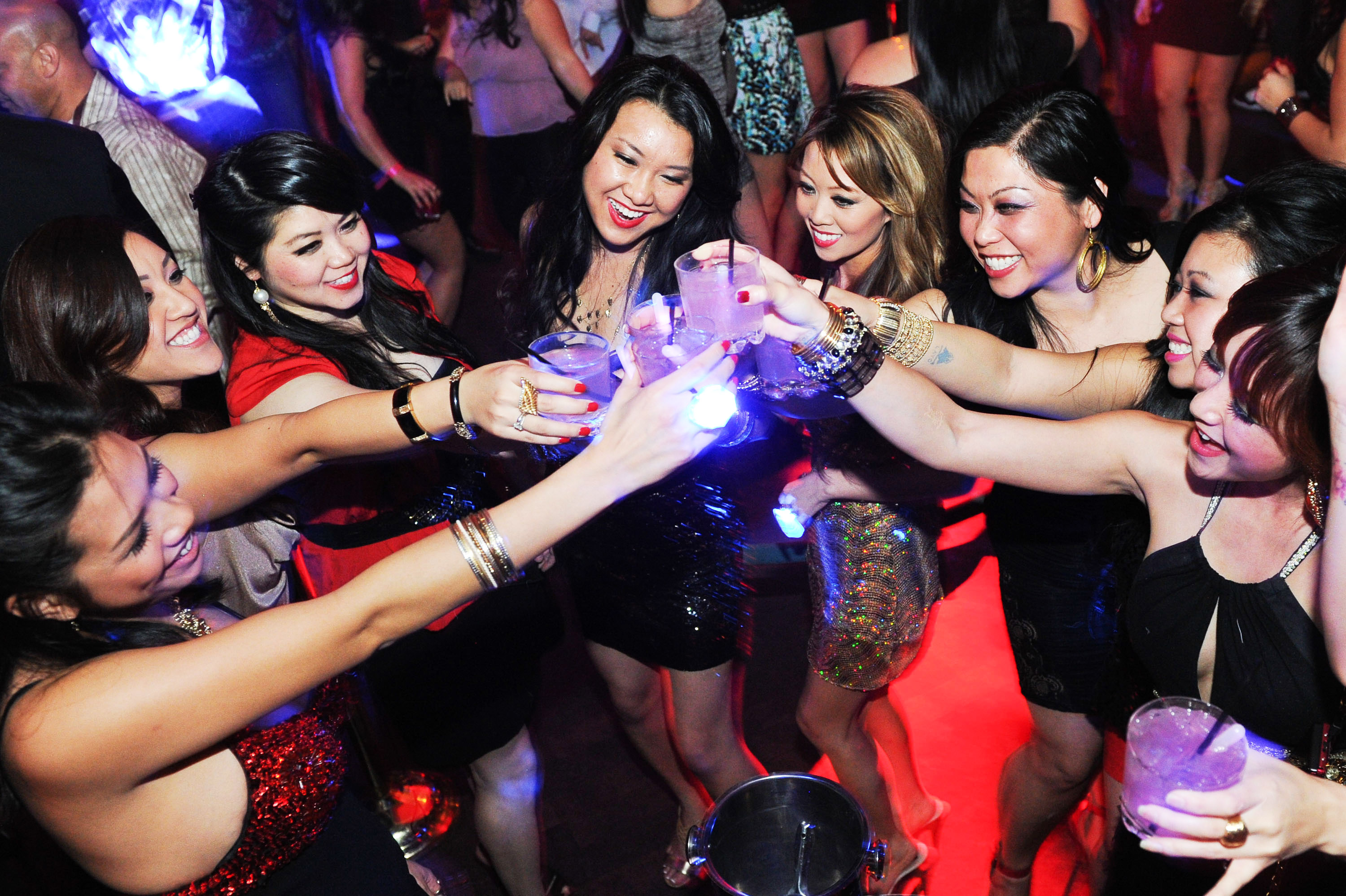 Who would’ve thunk that one little entry would cause such a ruckus?? I did, honey…knew it all along ;D
Mission= Accomplished! {Free Peeps dress (old), vintage Chanel Mini, F21 earrings}
Thank you to Anna Plaks, Briana Boess, and the entire Refinery 29/ Hpnotiq team for hosting such an unforgettable event! Special shout-out to my beautiful Skittles for busting it out within only a few days notice! It’s all about spontaneity in 2012 peeps…where there’s a will, there’s a way!
FACEBOOK| INSTAGRAM| BLOGLOVIN’